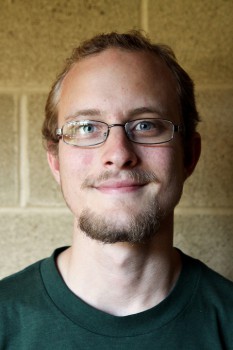 I attended the September 26 morning convocation entitled “To Drink or Not to Drink.” Many students’ viewpoints were read by a few students on the chapel committee. In addition, Char Hostetler read some statistics and the personal stories of Heather and Wes Goertzen were shared with those in attendance.

I was glad to hear what the student body thought of the issue. It is good to listen to all sides of a controversial topic when considering your own feelings. However, the questions in the survey conducted prior to convocation were posed to a non-representative sample of students.

In conversation with Char Hochstetler, I was told that the survey included RAs, MLs and eight students in the Sexual Assault Prevention Coalition. Only a handful of those eight were juniors or seniors and the rest were RAs, so they weren’t polled twice. If the opinions of sophomore students in student leadership roles are favored over those of juniors, seniors and freshmen, then we aren’t hearing the whole story.

People from all classes need an opportunity to express their thoughts. In sharing his personal story, Wes Goertzen spoke about how he is currently abstaining from drinking alcohol because it is against the standards of this campus community. He said that he believes that breaking the rules can hurt relationships and cause pain to community life. I agree that relationships suffer when trust is broken, and I lament that. But the way that the administration has divided the student body has actually caused more harm to the campus community. I’ve spoken to underclassmen friends of mine who say that their classes seem to be very divided over the issue. I personally don’t feel this in my class.

This brings me back to my first point. When upperclassmen aren’t included in a survey at the same rate as underclassmen and not given a chance to contribute their unique perspectives, trust and relationships suffer. If Goertzen was right when he said that his years entitle him to have his wisdom heard, then shouldn’t our extra years over the underclassmen give us that same right?

I’m deeply saddened by the way this issue has blown up over my time here at Goshen.

It’s true that relationships have suffered, but it is not because people are breaking the rules and consuming more alcohol than in the past, which I do not think is happening. Relationships are suffering because the student body feels like we are being restricted. College students, like all other segments of society, drink for a variety of reasons, and like most things when done to excess, it can be harmful. Many of us see no harm in drinking a beer while watching a soccer game in your apartment, or going to a party to talk to friends. This won’t change and it is naive to think that it will. The only way that relationships can be mended is for the administration to include everyone in open dialogue about the rules that affect all of us.