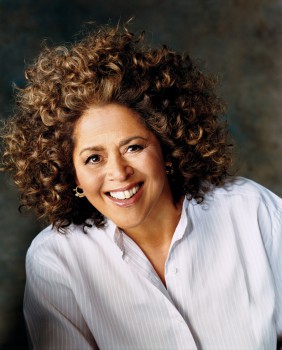 Anna Deveare Smith will present the Keynote Address, “Glimpses of America in Change,” on Tuesday, Sept. 13 at 7:30 p.m. in Sauder Concert Hall. The address will be part of the Roy H. Umble Master Class and Yoder Public Affairs Lecture, which will be one event this year. The event is open to the public and free to all audiences.

Smith is an actor and playwright best known for her works “Fires in the Mirror”and “Twilight: Los Angeles,” both produced in the early 1990s. In these dramas Smith documents her subjects’ ideas through a style in which she is the solo actress playing multiple roles. For her work on these two shows, Smith won the Drama Desk Award for Outstanding One-Person Show and was nominated for two Tony awards and a Pulitzer Prize.

Smith’s resume also includes films such as “Philadelphia,” “The American Project” and “Rent.” She has guest-starred or had reoccurring roles on “All My Children,” “The Practice” and “The West Wing.”

Many of Smith’s works are documentaries that explore issues of America’s diversity, character and community. She addresses differences in culture, race, gender and ethnicity as well as economic and social class differences. Smith is currently the resident artist in collaboration with the Center for American Progress, where she is developing “The Americans,” a documentary about the roles and changes in Washington, D.C.

In addition, Smith founded her own company, Anna Deveare Smith Works Inc., whose goal, as stated on the website, is to bring together artists, scholars and others to address the world’s social issues.

Smith received her master’s degree from the American Conservatory Theater in San Francisco in 2009. She is now teaching at New York University School of Law and at the Tisch School of the Arts in the Department of Performance Studies.