A call for student senators 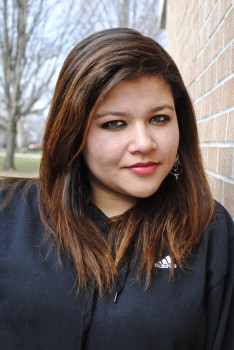 As the academic year comes to an end, the student senate cabinet is wrapping up various agendas. One of which is establishing the cabinet process for next year. At the start of this academic year, senate had spent more time figuring out details then being able to process actions. However, we would not like this to happen again, hence we have moved the selection process for next year’s cabinet to an earlier date. By doing so the current cabinet members hopes to help explain the process to the incoming members, making it easier for them to start off their semester. Doing so will help the cabinet members next year to jump onto their actions and agendas.

This year, we had only four petitions from Goshen College students for the cabinet positions. These four consist of: Jan Zawadski, Grant Miller, Bojana Jankova, and Bethesda Zewdie. Since we only have four positions to fill and only four applied, we will not run through a complete voting process. Instead we want to have an affirmative voting process from the campus. We will go ahead with a short voting period on Monday, March 21st at the dining hall. The times that one can vote would be between 11 to 1 pm and 5-6 pm. Meanwhile if anyone has questions they can direct that to senate via email (senate@goshen.edu).

Bethesda Zewdie is a sophomore from Ethiopia, double majoring in biology and psychology who has previously served as a leader in Black Student Union (BSU).  She also hopes to be a part of a group that not only speaks of change but strives to achieve it too. Bojana Jankova is a sophomore from Macedonia, majoring in public relations and double minoring in business & Spanish and is currently serves as an International Student Club leader.  She hopes to build a stronger relationship and communication line between the student body and the administration. “I want students to know that their ideas and opinions matter and can make a difference in life on campus” said Jankova. Jan Zawadski is a freshman from Germany majoring in business. He hopes to be a leader among underclassmen. Grant Miller is a sophomore from Illinois double majoring in history and Peace, Justice and Conflict studies. His deepest concern is for the community of Goshen College and hopes to participate through senate to make a difference.

This would make a strong senate cabinet since we have such people from such different backgrounds. I think such multiple perspectives will help deal with the concerns that the student body and community of GC has. I would encourage everyone to stop by the dining hall to give their affirmation to this team.