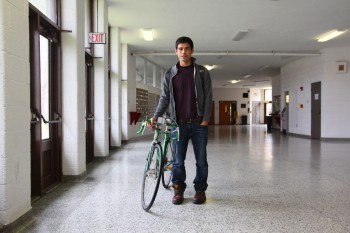 The topic of how influential student senate actually is can be approached from various perspectives. For me, it starts with my own experiences with policy. These experiences, in addition to the subsequent questions that precipitate, lead me to wonder where student senate fits within policy, student life and academics.

September 23, 2009. I returned to my room from a late night of studying in the library for an exam the following morning. With it being service day, I was exhausted. Though I was tired and worried in regards to the upcoming test, I could still feel good about the day; a little service down, a bunch of studying in–how could I not count this day as a success? Seconds later came every reason why not.

A knock at my door resulted in Student Life on the other side with the accusation that I was dealing drugs. “We can either handle this internally if you confess, or we can bring in a professional to verify your denial.” That did not sound so much as an option as it did an unfounded accusation of being a drug dealer. Saying no to a baseless accusation has never made me feel so guilty, especially in the imminence of a search by said professional.

Stepping out of my about to be violated space, a police arrived with dog in tow. “Is that allowed?” I thought to myself. In any other context each person within this situation would be subject to the application of the fourth amendment. I still am unsure of the college’s protocol.

Room searched, no pot to be found, we moved to my car – seeming to be as automatic as shifts had become in my nicely aged Corolla, jerky, yet imminent, kind of. The search for my non-existent stash seemed more like the search for the Holy Grail. Nothing. I shook the officer’s hand in odd gratitude and sympathy for the trouble he had gone to and for the trouble that I had apparently created.

They thanked me for being so compliant; could it have been any other way? I guess I could have not offered my bottle of alcohol as I had done in fear. Discipline ensued, with a messy process that made me feel like Al Capone. The accusation not being true, I felt as though I was being punished more severely and awkwardly for the alcohol, instead of the apology I considered I might be due.

I cannot say that I knew that I would be subject to this kind of treatment looking at the policy. Policy and values that are meant to protect me, to constructively support and guide. Being subject to anything at student life’s will did not make me feel these things at all. Ironically – I paid for it.

As a student within the larger Goshen College community, I am unsure as to how I am represented, what policy is, how I can change it, and what the results of these efforts are. The inconsistencies that I experienced in policy do not produce faith, but concern. I am uncomfortable with the idea that the same policies that resulted in my situation are the policies created and upheld by my representatives.

Are clear guidelines for how the student body can actually affect policy currently available? How exactly am I being represented? When I speak to my representative, if they represent me, what will the result of their vote being on a larger issue? Can I see that vote? How do I know that they are really representing my views? Last updated two years ago, http://www.goshen.edu/senate most of the student body wasn’t even here then.

I am aware that donors are a considerable part of Goshen College’s funding and I believe in our core values. Really, I do. While it is important to take each donor’s reason and influence in their donations as well as our core values, the system can be highly modified to be more receptive to students’ concerns. We, if we’re satisfied with our education, have the potential to become donors.

My own desires would be for a clearly defined senate, more accurately representative of the student body, a senate that is more transparent, and much more influential to policy. Setting a value on how much influence, say 50 percent, the student body could have is not out of the realm of reality. Balancing that system with other representatives, which include students with executable influence, that check policy against the core values would further strengthen the system.

While I realize that these changes will not take place over night, or even while I am still here, I am optimistic that these goals will be identified by other students as common. By making these our ideals, we can strive for a system that is much more inclusive, eliminate the alienation that we may feel at times on the receiving end of discipline if, after all, we were actually part of the system that is giving it.