Praying for salaam in Egypt 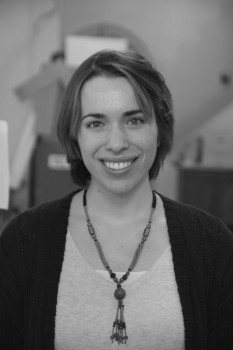 As thousands of anti-Hosni Mubarak protesters continued their sit-in at the center of Cairo, we, a group of 19 Goshen College students gathered together, less than two months after returning from Egypt, to remember our time in that country. During our three-month Study-Service Term, I picked up some Arabic, broke down stereotypes and gained some sense of the frustrations that Egyptians have with their government. The country seemed like a steaming pot: officials struggling to keep a lid on a situation about to explode.

The question now is whether this time of revolutionary uprising will prove to improve the lives of Egyptians, or be the start of another cycle of totalitarian rule. Mubarak has successfully created a police state during his almost 30-year reign, and he isn’t ready to give it up. Egyptians I met complained of unemployment, police brutality, the silence of dissent — a government entirely out of touch with its people. Watching protesters from every segment of society fill Tahrir Square gives me giddiness about the hope for change, but also fear.

Egypt is becoming an increasingly conservative Islamic state, with a minority of 10-15 percent Christians. While a Westernized democracy may not be the perfect fix, I am in agreement with the need for a restructured government. Suppressed Egyptians have reached the boiling point, and it is a sad fact that few revolutions occur in peace. Images of torched police stations and wounded civilians give testament to violence that may only continue to escalate.

Little news has surfaced about the Coptic minority with whom we were most connected during our stay in Egypt. Overwhelmingly, Copts feel like oppressed, second-class citizens, and many want to leave (if they haven’t already). With Mubarak’s power undermined, Egypt’s future could swing in two directions —it could move toward a more tolerant rule that would allow Christians more freedom, or give Islamic fundamentalism the opportunity to take root. Mubarak has kept a solid lock-down on all opposing voices for years, but sudden change comes with the pain of a power-struggle.

Mubarak has declared he will step down at the elections this September, and in the meantime the government is making pledges of change. Anti-Mubarak protestors fear the promises are empty, and are trying to keep the momentum of protests going as normal life slowly begins to resume. Hundreds of people have died in the protests, and for a country in which many rely on the industry of tourism to make a living, the current situation remains bleak. Repercussions of this revolt will affect every Egyptian, and likely people far beyond Egypt’s borders.

When the Internet connections resurfaced, news came in that all of our friends were fine. The press tends to highlight the worst of the situation, but digging deeper I found stories of Muslims and Christians joining hands for protection and solidarity as they took turns praying in Tahrir Square.

While keenly aware of the ensuing chaos, the 19 of us Goshen College students gathered to share stories from our time in Egypt. Most of it was spent in laughter, recalling situations of cultural mishaps and the extraordinary people we ate, played and worked with. Watching the news, the faces of our friends came to mind.

I place my trust in the healer of the nations, whose picks up the broken pieces of our world in love. To the holy instigator of change, I pray for peace—salaam.

Andrea Kraybill is a senior Art major who participated in Egypt SST fall 2010.  This article is reprinted, with permission and adjustments, from The Mennonite Weekly Review’s  January 21, 2011 The World Together Blog.