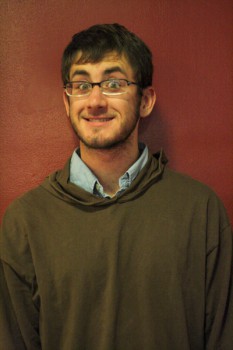 When I was a senior in high school I received an abundance of admissions propaganda from Goshen College. As I considered higher education opportunities, I read about a college centered on Christ, compassionate in its peacemaking, passionate about learning, and committed to producing servant leaders and global citizens. On deciding to come to Goshen, I was excited to participate in a community that would encourage me toward installation and fulfillment of these values in my own life and in the lives of those around me.

Several weeks ago, Mikey Ruth wrote a perspective for The Record in which he noted an apparent increase in student violations. I, too, have taken note of the unusually high occurrence of violations over this past semester, and a simultaneous increase in bold and reckless behavior by students on campus. This bold and reckless behavior has resulted in hospitalizations, in confrontations with police officers, in cases of alcohol poisoning, and in blatant and costly acts of vandalism on campus. It seems that this growing level of reckless disregard for the integrity of Goshen College’s core values and community standards has overstepped a boundary that has negatively impacted the peaceful balance of a small college community.

Because I am a resident assistant, I have directly experienced the unhealthy barrier that exists between those who violate the standards and those who enforce them. I struggle daily with the fact of its existence and am frustrated greatly by it. I, too, yearn for a rethinking of the way we address the community standards and their violation. I echo Mikey Ruth’s call to “move forward through reconciliation,” though my own call is differently nuanced.

I firmly believe that how and why people get in trouble is unambiguous: they violate the standards. In very few cases can people plead outright ignorance of the community standards, and except for those few circumstances the responsibility for any conflict lies with the violator of the standards. All incoming students signed a document communicating their agreement to the community standards and their submission to the disciplinary process if they are caught violating them. I do not think the roots of the current difficulties are contained in GC’s process of detecting standards violations.

Instead, I think any fault in GC policy lies in its methods for communicating expectations. Based on conversations with my classmates last year and with first-year students this year, I believe there is a hole in current recruiting policy. A growing number of students coming to Goshen College (Mennonite and otherwise) lack understanding of the College’s Mennonite affiliations and of its corresponding commitment to community standards which uphold the five core values. There is no positive process by which students can affirm that they have internalized their commitment to community standards. The only process in place is a negative one – the disciplinary process.

I appreciate Mikey Ruth’s affirmation of the residence life staff – they have given every effort to justly and equitably communicate and administer Goshen College policy. My concern, though, is that there is a void of positive communication from all sides. I would call the faculty, staff and student body of Goshen to avoid ambiguity – instead to be clear in communicating their expectations for and commitments to the community standards.