Latino SST as a source of empowerment 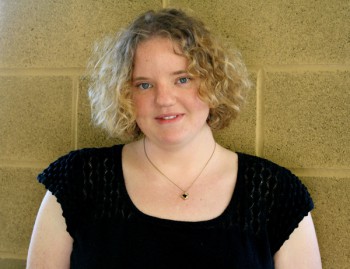 Over the past summer, I participated in the new Latino SST program.  During the program, I struggled to keep my self-confidence from dropping, but I also realized that this was a great opportunity to create relationships of mutual empowerment within the Latino community.  Since high school, I have questioned my self-worth in the groups or communities I’ve been involved in.

When I first started learning Spanish, I thought that everyone in the class knew more than I did.  All the other students were speaking simple sentences while I was sitting there forgetting the pronunciation of the letters in the alphabet.  I wanted to run from the room crying because I felt so stupid and left out from the class.

Then I went from those Spanish classes to standing in front of a class of 10 or more Latinos trying to teach English to Spanish speakers.

As I was teaching, I began working on my final project about storytelling in Latino culture.  For the first half of the project I researched traditional stories or folktales that Latinos have brought to the United States from Mexico.  I wanted to learn about the parts of their culture that were important enough to bring with them on such a long journey.

However, it was the second part of this project that touched my life so deeply.  I not only wanted to study traditional Latino stories, but I wanted to start collecting stories about the personal experiences of Latinos.

So I sat down with people I met and asked if I could listen to them tell their stories and that I wanted to learn about what they had been through.  I thought it would be hard to get Latinos to tell me their experiences, but instead I found that they were very willing to tell me about their lives.

In a way they needed to tell me these things. By listening to them, I was giving them something that the rest of the community was not.   This was their chance to be heard and to feel that they mattered to someone.  I was giving them a sense of self-worth, which I often do not feel for myself.

Sharing this gift of empowerment did something that changed me.  Sometimes I might not feel like I can contribute anything important to my classes or my friendships, but in the short time that I listened to a person’s story, I felt like I was contributing to a community in a way that I had never done before.