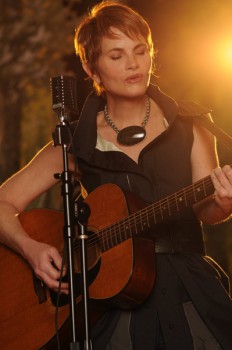 Grammy Award winner Shawn Colvin will be performing in Sauder Music Hall this Saturday, Nov. 20, at 7:30 p.m.  Her music has surpassed the era of records, cassette tapes, and CDs for what the Washington Post describes as “one for the ages.”

The singer/song writer, who released her 10th album in 2009, has shared the spotlight with renowned artists such as Emmylou Harris, Julie Miller and Jackson Browne. Her 1998 album, “Sunny Came Home,” won two Grammy Awards, both for the record and the song itself.

On average, Colvin performs 50-60 times a year domestically and internationally. Her work has taken her to three additional continents: Europe, Asia, and Australia.

Born in Vermillion, SD, Colvin moved to Carbondale, Ill. at age 8. Two years later, Colvin began to play the guitar. At age 15, Colvin hit the stage at the University of Illinois for her first act. Although her first album “Stead On” (1989) won a Grammy Award, Colvin’s record label didn’t explode until she produced the album “A Few Small Repairs” (1996). Since then, 2.5 million copies of her albums have been sold in the U.S.