If I Only Had a Brain 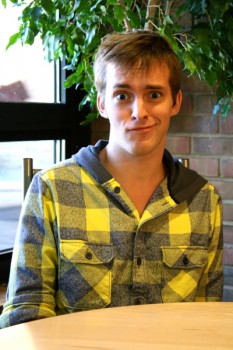 As a young child I was afraid of the Goosebumps book series. I’m probably still scared of them. As a teen I had no interest in watching horror movies. When “The Ring” hit theaters it was all my friends could talk about and I was glad to have nothing to add to the conversation. Despite my aversion for scary entertainment through a series of mistimed events, I ended up watching Dawn of the Dead, a classic zombie film by George A. Romero. I was enthralled.

You can keep your vampires and your werewolves to yourself. Me? I’ll take a good zombie. These days the vampires are dressed to kill and werewolves can never keep a shirt on.  Zombies aren’t smart, sexy, or scary by themselves. But put zombies in a gang, a horde or on a scale to bring the apocalypse? They can’t help but to take on new meaning. Zombies are ripe with metaphor as well as decaying flesh. Want to talk about class? Make zombies out of the poor and have them eat a banker’s brains. Want to comment about consumerism? Stick ‘em in a Wal-Mart mindlessly wandering the aisles.

At their scariest however, zombies can represent an absence of humanity and a deep, irreversible emptiness. The thrilling thing about zombies is that they can be made out of any of us. It could be your neighbor, your family, or even your colloquium professor.  An enemy is forged that doesn’t fear, think or stop (except to devour your brains). An enemy that looks all but human and lacks a single shred of what it means to be human.

When facing that void, you turn and look at those who survived and can’t help but think that they didn’t. The characters in these stories often succumb to despair or turn on each other or go crazy. Zombie stories aren’t often written with happy endings in mind. But when there is the survivor that maintains their compassion, saves their loved ones and gets out of dodge, we all can’t help but picture ourselves in their shoes.

We’ll take the psychological exploration and social observations and all that, but we do so more fully because these stories truly capture us—consume us—on their own level, in their own terms.  A zombie story can simply be about mindless shuffling ghouls, but I would rather that a zombie be the foil with which we cut to the core of what it means to be human.

Also, it’s a great excuse for chainsaws. Everybody loves a good chainsaw.