The Act of Singing, Perspective–Nathaniel Tann 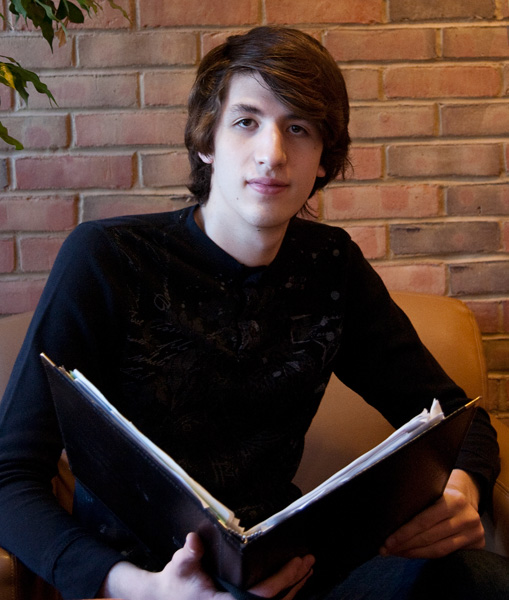 I’ve been up since 6 a.m., I’m wearing the most uncomfortable clothing imaginable, it’s unbearably hot, my voice and body are weary, and yet I’m supposed to be an “ambassador” of peace for the College in front of hundreds of people. Welcome to the life of choir tour.

Over midterm break, the 45 students comprising the GC Men’s Chorus toured the east coast, specifically in Pennsylvania, Virginia, Maryland, and Washington D.C. The theme of the tour (paying homage to the campus slogan): “Healing The World, Song By Song.”

And yet, when I’m standing up on stage after a long and exhausting day, the last thing on my mind is healing the world. There is always something to complain about, something that just doesn’t seem to serve any purpose other than to make my day a little more miserable.

It is almost fascinating how disconnected you can become from yourself sometimes. During a tour, your program becomes old hat, but despite this, at the end of a concert, seeing the entire audience give your performance a standing ovation is a sudden reminder that you’ve helped move hundreds of people. When somebody comes to you after a show and tells you that your choir was perhaps the best they’ve ever heard, that is nothing to shake a figurative stick at.

It was at this point that I realized that not only am I a musician, but I’m also an actor. Somewhere along the way I’ve managed to mask the fact that I’m incredibly uncomfortable and distracted and have convinced myself, along with everyone else, of a message of peace. I’ve managed to lose myself in the music that I’m singing, and the atmosphere of the crowd without even knowing.

What does it say about my actions towards others if what I’m presenting doesn’t represent what I feel while I’m not even trying? Acting is acting, and there is a certain suspension of disbelief that is involved in the whole process, but when an actor can find a way to make their role meaningful in someway, it is then when the acting truly encompasses its audience.

I believe that music is the same. Music is one of the most pure and powerful mediums of entertainment and enjoyment, and can convey so much. However, when I listen to music, it is the artists that seem to truly believe what they’re singing about that seem to create the music that is the most meaningful to me. You can almost never truly perform something in a pure, natural sense, but when that element is present, something special is born.

From my experience singing these songs of peace during tour, along with being with some of the finest musicians I will ever meet in my entire life, I’ve learned something. It’s hard to let what is happening in your life go: whether it be something as simple as stress and tiredness or something much more drastic. When you are on that stage and are in front of people with a message to project, you have an important responsibility. If you have something that is worth saying, you can’t let the little things get in the way.

This message of peace and healing the world is one that I truly believe in. If I had the opportunity to relive some of my concert experiences, I would try to just let go of some of these little things and let the audience know that I really do believe what I am trying to say. Rather than just acting as an ambassador of peace, why not become one? If you can move an audience with an act, how much more powerful are you when you are being true and honest?

So here is a word to all fellow musicians out there: no matter how you feel or how stressful your life is, when you are performing, let the message of your song come free. With your incredible gift of song, you can change the world. Never forget that.

Nathaniel Tann is a sophomore biology and psychology double-major from East Petersburg, Penn.