Religion and Science Conference to discuss complexity of the world 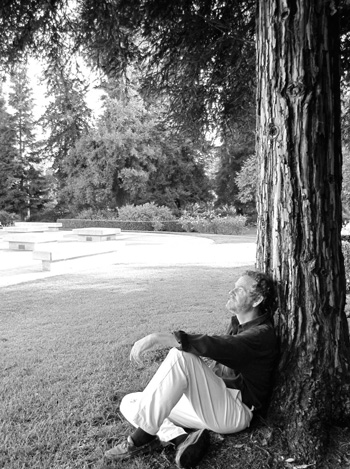 People from across the country will be meeting at Goshen College this weekend to discuss “rethinking humanity and ethics in light of the science-religion partnership” in the 10th annual Religion and Science Conference.

This year’s lecturer, Philip Clayton, is the professor of religion and philosophy at Claremont Graduate University. He wrote in summarizing his presentations that his three lectures will “use evolutionary theory, together with insights from the religious traditions, in order to better understand what humanity is and how we should act in the world.”

His opening lecture, Friday at 7:30 p.m., is entitled “Starting with the Big Picture: The Evolutionary Emergence of Body, Mind and Spirituality,” where he plans to address the history of the cosmos while also focusing on current religious thoughts on evolution and emergent complexity. His lecture Saturday at 10:30 a.m., “Apes with Big Brains: Anthropology and the Biological Sciences,” will examine the differences between humans and their biological cousins while addressing human altruistic behavior and actions related to today’s global challenges. Both of these lectures will be in the church-chapel and are open to the public.

Clayton’s final lecture is Sunday and only open to registered participants. There, Clayton will present “What’s a Nice Hominid Like You Doing in a Place Like This? Ethical Dilemmas Our Biology Never Prepared Us For.” This lecture will wrap up the conference with thoughts on how religious traditions can help humans deal with the increasing complexity of the world and those in it.

“Most of the conference is discussion,” Helrich said. “It’s when we’re sitting around with the speaker discussing—that’s the real conference.”

Helrich began the conference 10 years ago, modeling after the “Cosmos and Creation Conference” at Loyola University in Baltimore, Md.

“I had this dream for a long time,” he said.

After attending the conference at Loyola University and learning about other colleges organizing similar programs, Helrich wanted to see one at Goshen.

“We really have a chance to be a center [of science and religious discussion] here,” he said.

After the conference, Helrich compiles transcripts of the lectures, discussions and the homily into a book.

Cost for the entire conference varies, but Helrich said he will never turn away a student.

For more details on cost and the entire schedule, contact Marilyn Bayak at marilynlb@goshen.edu or 574-535-7305.