Advice from an admirer–Robert Day 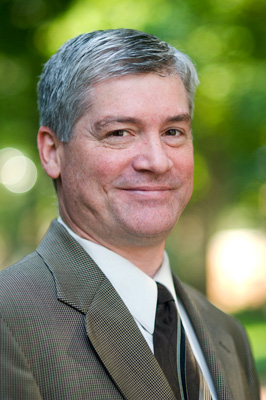 I have long admired Mennonites from a distance. And for the last two years I have had the wonderful privilege of living and working among them to test the merit of that admiration. I am happy to report that this closer proximity to Mennonites has been thoroughly educational and even deeply therapeutic.

There are many things about the Mennonite faith, culture and ethos I wish I had been blessed with earlier in my life. So much so that the last two years feels like I have been in mourning over the loss of what most Mennonites seem to take for granted: the abiding ties of family, the beauty of simplicity, the security of order, the joy of generosity and a culture for service.

When God said “blessed are the peacemakers”, I think He decided to bless the peace-loving Mennonites with the greatest gift this side of heaven – music. I still cry at the hymn sings.

But why don’t I see the Mennonites crying? There is something missing among the admirable Mennonites. Something I have been trying to put my figure on and I think it is this.

Jesus responded to the critics of Mary Magdalene’s tears and extravagant expression of worship by saying “the one who has been forgiven much, loves much.” Mennonite music is usually technically perfect. It has been described by my teenage daughters as “peaceful.” But at the same time it seems to lack joy – the kind of joy that comes from being forgiven and rescued from a life of complete desperation and utter destruction.

Today’s American Mennonites (forgive the following generalization) work diligently to heal a broken and unjust world with which, thankfully, they themselves have had little personal experience with. Their insular and ordered world is partly their strength and partly their weakness.

Another two-edged sword for the Mennonites is the competing values of community and diversity.

Community is highly esteemed among Mennonites. If you belong to the community you have a right to be heard, considered, accommodated and cared for. I am personally very thankful for they way I have been included in the community.

I have been allowed to be a part of the community because Mennonites, at least those at Goshen College, steadfastly honor the value of diversity which dictates that all peoples and all ideas should be given equal access and voice.

The problem is that community and diversity are competing values that constantly work against each other. Every person who becomes a member of a community will by nature change, to some degree, the substance of that community. Open the door too much and the community may change so dramatically as not to be recognized by the original members of the community (if they even stick around to witness the change).

Goshen College, like the larger Mennonite community, struggles with the proper balance of community and diversity. How much diversity do we allow and still maintain our unique community? I believe it is the same question Americans are asking on a national level regarding the issue of immigration. E Pluribus Unum?

A related question that has gone unanswered for me – what does it mean exactly to be a Mennonite? It appears to be an inquiry that Mennonites themselves are asking.

Again, the question begs to be asked because of four sets of noble but competing values.

Ask just about any Mennonite what is means to be a Mennonite and you will most likely get a history lesson starting about 500 years ago. However, the same Mennonite has no concept of where the church is going in the next 50 years.

This is preciously the problem. American Mennonites must overcome their self-image as a persecuted minority rooted in certain setting and another time. They must be willing to embrace a bolder and more rewarding future.

Christianity itself is anchored in the past (the cross) but it is sustained by a vision of the future (the coming Kingdom of God). Each denomination and church should remember its beginning and where it came from, but they must strive even more to claim their future and to know their purpose for being.

Will Mennonites continue to project upon themselves the image of a persecuted Jesus who suffered under the injustice of empire and religion, or will they adopt by faith the image of a prevailing Jesus who benevolently rules a peaceful and whole kingdom in which they have been a part of making?

The purists serve a purpose. They maintain the integrity of the community. The trouble, however, occurs when the purist excludes and purges any and all individuals from the community that do not meet certain criteria (usually minor issue personally important them). This, of course, kills diversity and growth of the community.

But those who anchor their faith in commonly agreed-upon principles, derived from theological rather than tribal issues, can include all those who share the same principles but who may differ on the minor, tribal issues.

Mennonites can not heal the world peace by peace if their world is so small as to exclude those who need to be healed. If their theology simply places people into groups of the clean and the unclean then their world will always be too small and their message too ineffectual to matter. There is nothing more shameful in this world than a church that does not matter.

Sometimes you have to get a little dirty to help others get clean.

I believe strongly that the world desperately needs the peace-minded Mennonites. They are a precious gift to a violent world.

I am equally convinced, however, that the Mennonites must expand their borders so that the rest of us who need them can hear their message and, in some way, participate with them in their grand work of making peace in all its forms.