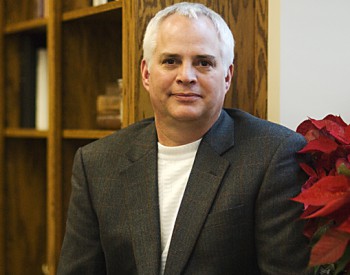 During much of my life, my mother held on to her own faith heritage while my father ventured into several faith traditions. Perhaps that’s the reason I learned that some truths are best discovered from both sides of the “either/or” divides of life. In truth, who really ever likes to choose between Mom or Dad, even if one or the other’s perspective is closer to a truth to be found on a particular point here or there? The blessing of such parental ambivalence has been to create in me a deep appreciation for ecumenism and a capacity to appreciate contradiction as a means to further enlightenment. Love, manifest in Mom’s cooking and Dad’s civil rights’ convictions, drew a big enough circle around our kitchen table to include me, my three siblings, and a whole lot of other people unlike us in faith, morality, and experience.  I fell into life with ‘eyes [and ears] wide open.’

I believe an openness to discovering greater truths, even while holding fast to one’s own deeply held convictions, lies at the heart of the educational experience in a Christ-centered liberal arts college such as Goshen College. I have been encouraged by the way so many on campus have engaged each other in thoughtful and civil ways in our recent discussions about whether to play the national anthem at some sports events or not. I cherish those moments when those with strongly held convictions have shared a doubt they may have about their own perspective, or when others have shared how they have discovered a new insight not thought of before, still others engaged the conversation with some objective disinterest, all helping to clarify and nuance and shape an institutional response still to come.

At extended family gatherings, my father, who served four years in the Civilian Public Service as a conscientious objector in World War II, was there alongside an uncle whose son fled to Canada during the Vietnam War, even while another uncle was serving as a Master Sergeant in the very same war.  There were Baptists, Mennonites, Presbyterians, holy-rollers, nonbelievers, even an aunt who worshiped a living female incarnation of God in the middle of Iowa. In all those years of reunions, even though each eccentric believer stood his or her ground and argued his or her own point of view, I never once heard anyone tell another to “go to hell” or any other derogatory comment.  So it has pained me to see temptation yielding to actuality on the Opinion Board when one mean-spirited comment leads to another without the civility a Christ-centered educational college should invite no matter how difficult or passionately held the issue under discussion may be.

In such responses, we have failed one another.  Perhaps, we have not welcomed enough into our public venues the kind of dialog between opposing others that we ought.  One of our fellow historic peace colleges down the road has a lectureship series whose purpose is to bring two conflicting perspectives to campus simultaneously to model civil engagement and common courtesy as a quintessential value of a liberal arts experience. Would our own faculty of differing opinion be willing to publicly model their disagreements before a listening crowd in passionate and civil discourse? If we are to live up to the promise of being a college that helps “heal the world, peace by peace,” I urge you to join me in making such peace clearly evident to ourselves and others in our public discourse in the midst of our most challenging disagreements. Anyway, that’s my perspective. What’s yours?
Jim Brenneman is the president of Goshen College.