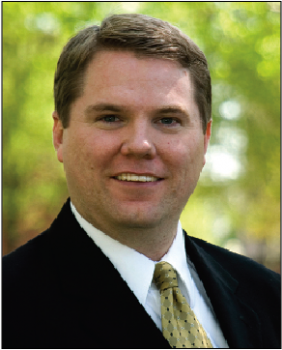 William A. Jones has resigned his position as the Vice President of Institutional Advancement as of the end of September. Jim Caskey, director of major gifts, will take over as the Interim Vice President.

Jones, who has held the position since July of 2006, has been a positive addition to Goshen College in the past three years.  Despite the economic downturn this previous school year, fund-raising, which Jones oversees, went up from previous years.  According to President Jim Brenneman, faculty, alumni, and senior class donations all went up by 30% under Jones’ leadership.

Over the last three years, Jones has helped Goshen College in many other ways as well. Perhaps most pivotal was his strong leadership in finding new ways to market the college. Under his leadership, Goshen College produced its first television commercials which aired during last year’s Super Bowl.

The Vice President of Institutional Advancement at Goshen College oversees development; alumni, parent and church relations; and public relations. Through public relations, the Vice President works with promoting Goshen College. Another role is the supervision the publication of various forms of campus news and media, which includes the “Bulletin,” GoLeafs.net and the Campus Communicator.

Jim Caskey, a 1984 graduate of Goshen College, has been asked by Brenneman to serve in the role as an Interim Vice President of Institutional Advancement as they search for a permanent replacement. For the past three years, Caskey has been director of major gifts.

“I am sad to see Will leave Goshen College,” said Brenneman. “[But] I am very pleased that Jim Caskey willingly accepted the leadership role of Interim Vice President.”

While serving as the Interim Vice President, Caskey will keep his other responsibilities as well.

Caskey praised Jones for his work in the fundraising field, as well as bringing new ideas and fresh ways of thinking to catch Goshen College up with other schools Jones had worked at.

“[Jones] brought a fervent desire to ensure that anyone investing in Goshen College experienced it as a mutually beneficial relationship and that our gratitude was made clear,” said Caskey.

Brenneman is very grateful for Jones and the time that he spent at Goshen College.

“He has helped to open doors for us in our advancement work that will never be shut again as we move forward from here,” Brenneman said.

Prior to coming to Goshen, Jones worked as director of the Berea Fund at his alma mater Berea College, in Kentucky. Jones started a program called Food for Thought in Kentucky, whose goal is to bridge gaps between generations through the use of community gardens and the telling of stories. Jones also worked with Call to Renewal, an organization based in Washington D.C. focused on overcoming poverty in America.

Jones moves on from Goshen to be closer to family and to be near better care for his son Thomas, who is experiencing kidney difficulties and may need major surgery.

Brenneman bids farewell to Jones on behalf of the college.“All of us wish the very best for him and his family as he transitions from Goshen College to be closer to family and to nephrologists able to monitor and care for his son,” he said.