Beyond the Bubble: A northern Ireland understanding 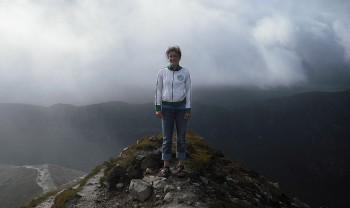 I spent this past summer in Northern Ireland with groups of primary-school-aged kids, slogging up mountain rivers, singing about a crazy juice-drinking moose, and expelling invasive zombies from the YMCA where I was volunteering.

Aside from giving kids a really fun week of adventurous activities, the day camp also brought Catholic and Protestant kids together through daily interaction. Although the Northern Irish “troubles” and violence that accompanied them have been over for ten years now, about 95 percent of schools in the north of Ireland are still segregated. This means that a Catholic kid going to a Catholic school could potentially never interact with a Protestant child until college—and vice versa. This isolation between the two religious communities might not inspire outright hostility, but it does encourage a lot of ignorant stereotyping. The YMCA where I worked sought to give these kids some experience with relating to people from the opposite community, thereby giving them a more realistic portrait of either Catholics or Protestants as fellow people rather than members of a different religious background.

That said, I often found myself forgetting that this conflict even existed at all. There were no dramatic church-torchings, no Irish Republican Army assassinations, during the months that I was there. But every now and then, little things would remind me that this conflict is always present, just below the surface of these people’s lives.

One day I was leading an orienteering game with a bunch of seven- and eight-year-old kids. Each team had to choose a team name for themselves, so I was going around asking the kids what their names would be. When I asked this one pair of boys with buzzed haircuts, Celtics football jerseys, and unpronounceable Gaelic names what they wanted to call their team, they solemnly replied that they wanted to be “The Free Irish Republic.” I was stunned. It amazed me that these little kids even knew about this political conflict, much less that they would incorporate it so earnestly into an innocent navigational child’s game.

Another time I was talking to my Protestant friend and fellow volunteer, Rachel, about names. We were discussing the name of Aislinn, one of the Catholic volunteers at the YMCA. “Now, not that there’s anything wrong with this,” Rachel said, leaning in close to me, whispering, “but the name Aislinn is a very Catholic name.”

I almost laughed. It seemed ridiculous that Rachel would put a disclaimer on this statement. Of course there was nothing wrong with Aislinn being Catholic, I thought. It would never even occur to me that there might be. As an outsider, I could see this prejudice—socially engrained in the Northern Irish subconscious—so clearly.

Thinking about this exchange later on, I realized that I could totally imagine myself making a similar disclaimer to Rachel’s, guarding my image as a non-racist, responsible white American. Nevertheless, I definitely maintain certain uniquely American prejudices that my own society has instilled in me. A stereotype or prejudice, I thought, is only legitimate within the society that has created it. Outside of that society, it’s just absurd.

Perhaps the first step in tearing down these prejudices, then, is to step back, view them with an outsider’s innocent eye, and recognize their utter ridiculousness.