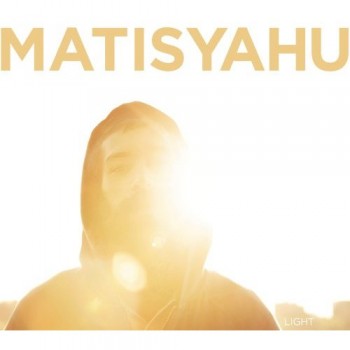 Three years have past since Matisyahu released his sophomore and major label debut album, Youth. Two years ago he announced he was working on the third to be released early 2008, making it the longest time he has ever spent making a record. However, the release date of the album was pushed back multiple times because of tour off and on, making fans wait even longer for the anticipated album to drop. He then announced that it would be released the “summer of 2009” because he wanted to record some more new songs. Fans were growing weary of being disappointed as the release date came and went, and the summer was coming to a close. Matisyahu then announced on Twitter that the final change would stick this time and his third album, Light, would release on August 25th, and did as expected.

After the release of the album Matisyahu admitted that the album was finished a year before the final drop date. Matisyahu said, “A new president got hired at Epic Records – Amanda Ghost. She listened to [the album] and wasn’t really feeling the single. I went back in, met with a couple of producers, and made two more songs for the record.” The single mentioned is “One Day,” which was released early this year. The single was then remade and improved for the release of the complete album.

After listening to this album I find that it is not like his first two. Matisyahu as almost strayed from his original reggae sound and moved toward a more alternative sound. Tracks I recommend are “One Day”, “We Will Walk”, “Darkness to Light” and “So Hi So Low.” 91.1 The Globe, also online at globeradio.org, was fortunate to receive an early copy of “One Day” in May, and has been playing it ever since in a medium rotation. If you are a Matisyahu lover and have not checked out his latest album, then you are missing out. This album is a great addition to anyones’s collection.