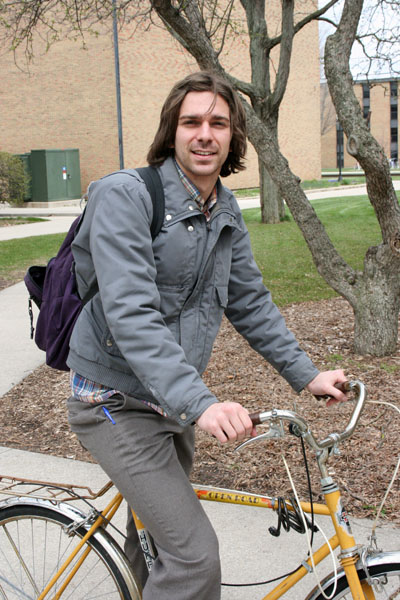 Capitalism is sometimes cited as the root of global problems today – poverty and its associated problems, along with the looming environmental crisis.

Common sense dictates that capitalist corporations are the real problem. These corporations are amoral creations that operate in blind pursuit of another dollar and do things that no sane human would consider. Somehow the combination of profit-seeking and group mentality enables them to bend any rule and steamroll all sorts of ethical considerations.

This is why otherwise reasonable business people feel no remorse for opening sweatshops in Asia or banana plantations in South America. Capitalism seems to eliminate any sort of moral considerations from the equation, and money ends up as the only factor. If it’s profitable, it will be done, right?

In some respects, I agree. Corporations do some bad things, and capitalism unashamedly names increased wealth as its sole objective. But capitalism is just a system. It’s a way to exchange goods in a free market. It is neutral. It is just a means of obtaining an end result, whether it be a new pair of shoes or stock in Microsoft.

The point of the free market is to let commerce happen, and most economists agree that markets are the best way for individuals to trade resources. And to a large degree, I think history has proven this a good method for an economy to build on. Nobody was able to motivate an entire country with communism, and I’m not even aware of a third alternative. Maybe tribalism. Mud huts and dysentery anyone?

Capitalism and free markets work. But what about the global problems of today? Did our American brand of capitalism encourage unstable African states, religious terrorists and all the unjust and inequitable living conditions common today?

Yes, it’s undeniable that many problems have been created, exacerbated or ignored in the name of capitalism. If there is no profit found in fixing a problem, why fix it? If there is money to be made at the expense of the environment, why not pollute?

In fact, some of this behavior is almost guaranteed by laisse-faire capitalism, which is free markets with no regulations. If lumber is worth money, and there are no rules about which trees can be cut down, it is a matter of time before the forests start to disappear – which is where democracy and government comes in.

I have a little less faith in the transparency of American democracy than capitalism, but I still think we have an enviable government. Our roads are paved; schools work in most places; and corruption is under control. We have a good system set up, but I think that it is always up to us as citizens to decide the laws of our country, which includes economic regulations.

If we as citizens, want to make gas cost $5 a gallon in reflection of its true environmental impact, then it will be so: carbon taxes, labor and environmental standards on imported goods, corporate incentives to pursue socially beneficial agendas. Anything is possible if we decide we really want it.

Global warming is one of the most pressing concerns of the world today, and I firmly believe that the only way to prevent destruction is with government legislation to point capitalist forces in a direction that works to the environment’s advantage.

Mandatory quotas for solar panels or windmills are good, but history has shown that if something needs to be done fast and well, all we need to do is put a price on it and let businesses get to work. If carbon and pollutant emissions were measured and taxed (“cap and trade”) then everyone in the whole country would have an incentive to reduce pollution.

I think capitalist markets are the best tool we have to run our economy, and, as active citizens, we have the choice of imparting our ethics onto our government and those markets. Let’s do it.

Jesse Yoder is a biology and chemistry double major from Kalona, Iowa.