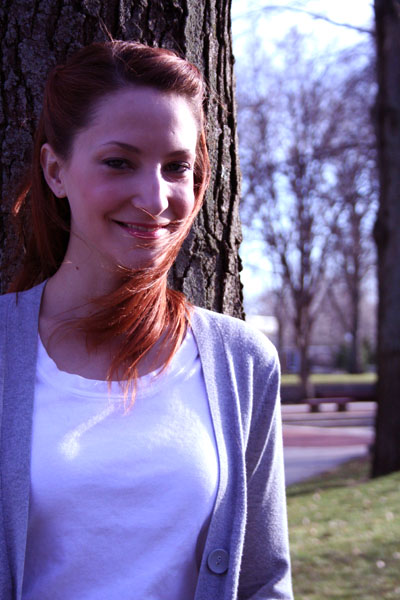 One of the main attractions of Goshen College for me was its international studies emphasis. I was originally so stoked by this that I even attempted a minor in it for a while.

However, fed up with full course loads, in my final semester, I decided to disregard the last class, drop the minor and fill in the subsequent free time by joining Diversity Circles. While the trade may seem unbalanced, I feel now that I ended up making the more rewarding choice.

Diversity Circles involve one night a week spent with a racially and hopefully ethnically mixed group of students who share experiences, concerns and insights into societal problems with diversity and race. It was in this setting – not in the classroom – that I began to learn about what it means to be white and privileged by learning from my peers what it is like to be neither of these things.

I spent a great time with many of the meetings simply absorbing and feeling the pain and anger of my friends as they shared story after story of racial profiling, harassment and outright racism. We all felt immense frustration and lack of direction with how great the problems are. But we all found hope in the seemingly achievable problems that we can correct at home.

Since Goshen College is our home right now, we came up with a few ideas of action.

First, we could not emphasize enough how valuable we found our Diversity Circle experience and how saddened we were at the lack of campus involvement from both students and faculty in these educational experiences.

Thus, as the general education requirements are being reevaluated at this time, we propose that an anti-racism/race relations component be added to the first-year experience, whether it be through colloquium or as a separate class.

Yes, we felt it is that important. It is one thing to learn about the civil rights movement on MLK Day, but it is far more important to be given the tools for addressing racism on a daily basis.

Secondly, we felt embarrassed and downright irate by the facade that the college puts on about the diversity of its campus.

Have you ever taken the time to count how many Goshen College faculty are people of color? Well, it’s 5 percent. The creation of spaces for faculty of diverse cultures needs to be a priority action for the campus. Its time the college lived up to its own standards.

Sound interesting? Don’t be shy to get involved and join Diversity Circles in the fall! You will only regret not joining sooner.

Carolyn Stigge is a senior nursing major from Newton, Kan.