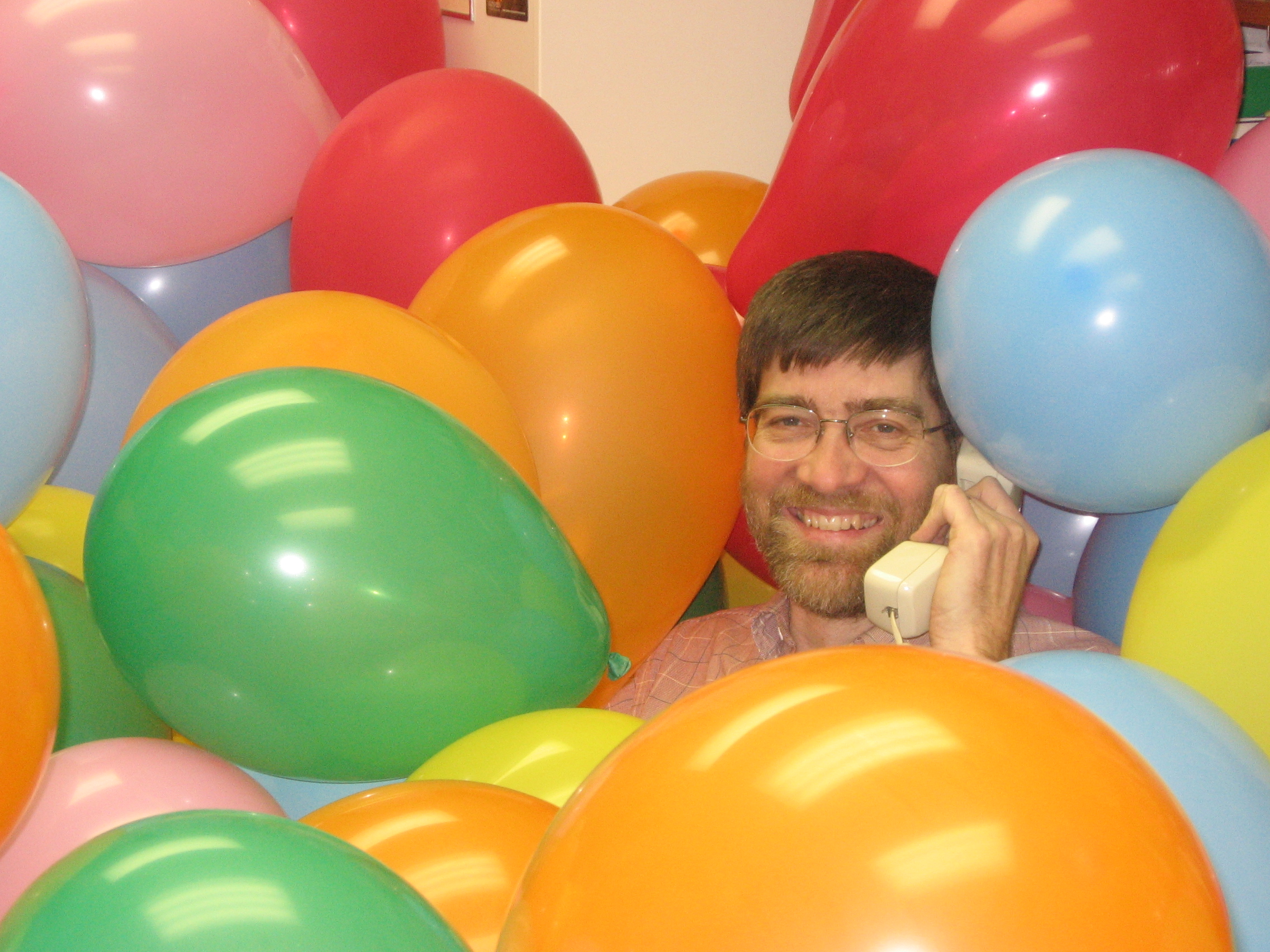 John Ross Buschert found his office flooded with balloons on Tuesday, March 31. The prank was in response to a quiz question assigned by Buschert. Photo by Chase Snyder.

“How many balloons does it take to fill a professors office?” read a piece of paper stuck to John Ross Buschert’s office door on Monday.

The answer “720” was scrawled underneath the question in ballpoint pen. Buschert’s office was filled halfway to the ceiling with birthday party balloons of all colors.

The question on the door was of a classic physics genre called “Fermi questions,” named after Enrico Fermi, an Italian physicist. Fermi questions address problems that can be solved more than one way, and have no absolutely correct answer. Buschert, professor of physics, asked his students to solve the balloon question on a quiz last semester.

Buschert wan’t offended by the practical joke, and spent a portion of Monday afternoon working at his computer and taking phone calls in his office, nearly over his head in balloons.