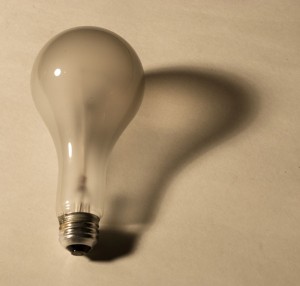 This week’s featured artist is Simon Birky-Hartmann, a senior art major with a graphics design focus from Strasbourg, France.

“I ran across a set of broken bulbs a few weeks ago, and I ended up playing with them and creating compositions,” Birky-Hartmann said. “I ended up taking the camera out and started shooting, which gave interesting results.”

After some early explorations, Birky-Hartmann took the bulbs to the Visual Arts building where he experimented with studio lighting to achieve the effect seen in this week’s photograph.

Birky-Hartmann’s work will be featured along with four other seniors in the first Senior Art Exhibit installation at the Music Center’s Hershberger Gallery, opening this Sunday. Lauren Eldridge, Brooke Hutchison, Chet Everett and Abigail Groff will be among the other seniors whose work will be exhibited until Mar. 18.