The great firewall of China 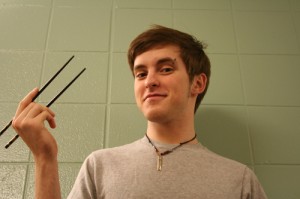 Today the BBC ran an article on its Web site criticizing China’s treatment of Tibetan protesters during the Olympic torch relay. Not only could I not access the Web site, but my Internet access was cut for 10 minutes for trying to access “objectionable” material.

Thanks to a nationwide computer firewall and monitoring system, Web sites containing subjects like the Tiananmen Square student protests, Tibetan independence movement and persecution of Uyghurs in Xinjiang are inaccessible to Chinese citizens.

Media that are accessible to the Chinese public are few and far between. Hollywood exports offer slanted views of the average American life; state-controlled television airs pre-approved government material and the Internet has become censored on many levels by the government. The flow of information in and out of China is scattered, incomplete or censored, leaving room for misinterpretation and stereotypes of foreigners and foreign governments.

Historically, China has been an isolated nation. The current trend of hyper-nationalism does not add to relationships with the outside world. Isolating citizens and imbuing them with slanted information makes it easier for the Chinese government to shape its citizens’ views of China and their perceptions of foreign countries.

State-run media erodes sympathy dissidents, and there is very little public support for anti-government groups. If anything, criticisms from Western media have strengthened Chinese nationalism and made the outside world seem less understanding of China.

A distrust of foreign news media and an absorption of Western entertainment have meshed in China which has led to even more confusing perceptions of outsiders. Government censorship, a strong sense of nationalism and distrust of foreign media are clashing with new-found materialism, Western entertainment, and increased interactions with foreigners and foreign governments.

You can feel the palpable culture clash when in Beijing. After spending over two months in the rural parts of China, being in Beijing felt more like the United States to me than any other time I was outside of the United States I was able to watch CNN in English and hear international news for the first time in weeks. As I left China, I was shocked by the ease with which I had transitioned into ignorance about the world outside of my immediate community.

Only much later, back home in Goshen, did I learn that there had been riots in a city only 95 miles away from where I had been living in Nanchong. It was unnerving to consider that even while immersed so deeply in Chinese culture, I – like the Chinese people – had had no way of knowing what was going on in the world around me.

Lucas Nafziger is a sophomore elementary education major from Goshen who spent last semester on S.S.T. in China.