Sympathy for our former president 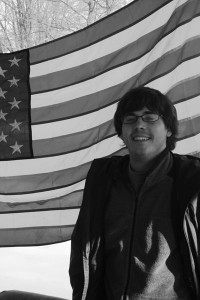 This season of change in U.S. politics has inspired many in our generation to believe and hope in a system we have grown cynical about.

Most of the folks my age – especially here at Goshen College – would identify much more strongly with our new President, Barack Obama, than with our now former President, George W. Bush. Bush’s final press conference, however, felt strangely familiar to me.

I started as a freshman living on Miller 1 a couple months before the 2004 election gave then-President Bush another four years in office. Now, Bush is moving on to the next phase of his life a few months before I graduate and do the same.

Like Bush, I will soon be leaving a chapter in my life that seems like the most important and memorable one so far, and I have been thinking about my own legacy at Goshen College.

Like Bush, I worry that I will not be remembered as the person I really am, and that some of my past attitudes, choices and mistakes will shape my legacy more than my talents and achievements.

While I haven’t had to deal with terrorist attacks and formulate a response, I have been attacked by periods of severe depression and academic dysfunction. I haven’t started any wars, but I have made some really dumb mistakes, including some that alienated me from people with whom I could have been friends.

But as America looks to a new leader to help us through the challenges ahead, I am also looking forward to the life I will build after college.

Watching the inauguration of our first black president was even more inspiring than I could have expected. His readiness to tackle the nation’s problems and draw people together gives me a confidence in the future both for myself and for the whole country.

I will miss Goshen College, but this time of transition is also a huge opportunity to leave behind attitudes and choices that have held me back and created problems in the past. Like President Obama, I will have to work hard to disrupt destructive patterns, and I will have to rely on others for support.

Luckily, I have assembled a wonderful “cabinet” of friends to take me into the next four years. With their help and with my own determination, I am excited to build my life in what feels like the start of things getting better, a season of change.

Nathan Graber is a senior history major from Elkhart, Ind.