The longest, most diverse election season in U.S. history culminated with the oath taken by Barack Obama on Tuesday afternoon. There in D.C. to witness this historic event were President Brenneman and his son, Quinn.

Those of us who couldn’t celebrate in our nation’s capitol filed into the Umble Center at 11:15 a.m. on Tuesday, confident that this was worth missing or cance 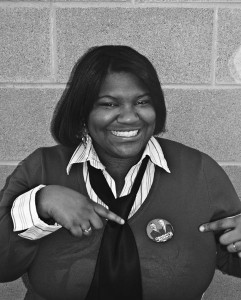 ling a class for. With Martin Luther King Jr. Day festivities and the inauguration of our country’s first African-American/biracial commander in chief both falling within a two-day span, students have barely had time to breathe, let alone to reflect on what this all means.

King’s dream may seem to have been fulfilled, but the inauguration of Obama is only one step on a long journey to racial equality. Based on hope and change, however, Obama’s campaign and subsequent presidency could be exactly what the American people need right now to bend the plot line of racial history. Perhaps history will paint Obama standing at the horizon of American politics, exactly when our country needs the strength to believe again.

I was elated to see how many students and faculty came to witness the inauguration. For the first time I can remember, the country seems to be alive with anticipation. Chants of “yes we can” were audible throughout the country, even in the midst of a recession, housing crisis and potential for racial division.

It is my hope that Obama can fulfill his plans and truly lead to change. We are a part of history. We helped make it, and it’s time for us to join in and celebrate it.

I encourage you all to offer the gift of hope to your fellow Goshen College students throughout the rest of this week. Random acts of kindness and words of encouragement are small gifts that don’t take a lot of time to give but are greatly appreciated.

We are the ones who made this election possible. Obama won our age demographic. We made his story. Now let’s make our own.