What you could miss this spring semester 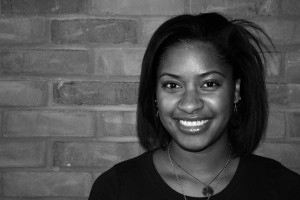 All of you should have received a yellow brochure last Thursday in campus mail advertising GC’s annual Ethnic Diversity Circles for the spring semester. As often happens, however, mass mailings usually get lost by the wayside, not to be found again until we start clearing out our rooms at the end of May term. Hopefully you got a chance to see one of these brochures and it sparked your curiosity. And if not, here is a second shot for us to show you what you could be missing.

Ethnic Diversity Circles are weekly, student-led discussions amongst an ethnically diverse group of GC students as well as faculty and community members. Every week, a new topic helps us to openly discuss the issues of racism, privilege, differences and other subjects that we face as a diverse campus and community. The discussion series lasts for six weeks and at the end of the six weeks, there is an action forum that is held to help us put into action the types of changes and improvements that we discuss in our small groups.

The idea behind these circles is to openly express how we feel about the environment that we live and interact in every day with people from all different backgrounds. These circles aid us in talking about the kinds of issues that we face every day, yet tend to ignore. If you join one of these circles, you will have the opportunity to discuss your perspectives on such issues with peers, as well as to see things from a new perspective.

There are still placements available for Diversity Circles. You can pick up a brochure in the Multicultural Affairs office, on the second floor of the Administration building, on Stacey Meyers-Ray’s desk, in the bin marked “in-box”. These brochures need to be filled out and turned in by the end of the day on Friday to the same “in-box” where you got it from. Schedules for circle meeting times will be announced at a later date. Hope to see you in a circle!

Brett Bridges is a sophomore ASL major from Crete, Ill.