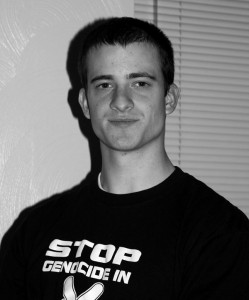 This is going to be a morbid, but also lively (hopefully), discussion.

I’ve heard, on several occasions, different people expressing that they were content with death, should it happen to them. They usually express an appreciation for life, but they firmly qualify this with a stated openness to the twirls of life’s dance.

I wholly agree with this relationship to life. I disagree, however, with the idea that a person who is capable of intellectually “letting go” is also free from the fear of death.

Being dead is, all things considered, fairly benign — all bets are off and whether you’re on or off the spiritual hook is out of your decomposing hands. And this, it seems, is what we take solace in — we intellectually resign ourselves to fate’s whims and declare our acceptance, which is why we think we aren’t afraid. We see death conceptually, but not really. Instead of a state of being, I think it is more relevant to think of death as a process — to what or where is up to you. Then, I think, death becomes more real, as something within our lives, rather than the end.

To get what I mean, hold your breath for as long as you can. Seriously. Feel the instinct to breathe, the pull of life — and resist. Resist until you pass out. If you fail — I did — ask yourself: why? What prevents you from slipping into oblivion? If it’s the burn of oxygen deprivation, is embracing that pain different from letting go of what we perceive as reality?

I don’t think so.

Perhaps it’s like the sand of the beach, which embraces the onrushing water as easily as it lets it fall back into the ocean and the more accepting of each moment, in every moment, we are, the more ready we’ll be to die to the world.

But don’t hold your breath — this mindset isn’t arbitrary. It is wholly conditional on your pursuit of it.